The Saint Agnes St. Vincent de Paul Conference members accept a vocation as a Vincentian to follow Christ through service to those in need and to bear witness to His compassionate and liberating love. Vincentians offer confidentiality while providing financial assistance and food on an emergency basis for parishioners and persons in need throughout the city.

Vincentians seek out the poor and forgotten, showing their commitment through person-to-person contact. They serve the poor cheerfully, never judging, always listening, while seeing the suffering Christ in those they serve; helping them to recover their own dignity. Vincentians are called to journey together toward holiness and a more perfect union with Christ. They see their own brokenness and need for God’s grace. Their ideal is to relieve suffering without reward for themselves. Promoting a life of prayer, they transform their concern into action, and compassion into practical love.

The Saint Agnes St. Vincent de Paul Conference events include a monthly meeting on the 3rd Monday at 7:00 p.m. in Aloysius Hall, 1st Sunday of the Month Collection for donations at all Masses, screening of cases/clients and the subsequent pledge process, August – St. Vincent de Paul Truck , October – Friends of the Poor Walk, December – Christmas Baskets to needy families; numerous city-wide social events, meetings, and volunteering on the downtown St. Vincent de Paul main campus in a variety of ways.

Participation is open to all, including non-parishioners. Level of involvement is determined by the individual member. 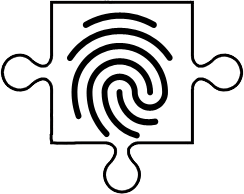 Saint Agnes Respect Life Committee is organized to promote human life and dignity issues through support of the U. S. Conference of Catholic Bishops Life Issues and the Archdiocese of Louisville within Saint Agnes Catholic Community.

Our role is to design programs that help educate and mobilize the Saint Agnes community in the support of Life Issue policies of the U. S. Conference of Catholic Bishops. The Committee will create projects that raise funds in support of parish Respect Life Education Programs and organizations supporting respect life programs in the Greater Louisville community.

Meetings are held on the second Monday of February, April, June, August, October, and December at 7:00 p.m. in Aloysius Hall.

Annual Programs – The Respect Life Committee sponsors the following programs within the parish.

Trivia Night – Held in January – This is the group’s chief fund raising event with the majority of the proceeds are directed to programs of two respect life community organizations.

Mother’s Day Rose Sale – The Committee sells roses after all Masses on Mother’s Day (May) with the proceeds directed toward the Pregnancy Resource Center in Louisville.

Father’s Day Diaper Drive/Baby Bottle Boomerang – The Committee distributes baby bottles on Mother’s Day for a return full of coins on Father’s Day (June). Funds and diapers are directed toward the Pregnancy Resource Center in Louisville.

Walk for Life – Mid September – Committee recruits parishioners and friends for the Kentucky Right to Life Associations’ walk. Proceeds are directed toward the KRL Educational Fund.

This ecumenical organization has existed in the Highlands for many years. In cooperation with the twenty-five member churches, parishioners take part in serving our neighborhood. HCM’s many services include daycare, youth sports, services for low-income households, services for the elderly, adult day health care, housing for elderly and physically challenged, enrichment activities for adults, neighborhood development, and ecumenical and interfaith activities.

The purpose of this group is to provide much needed maintenance for the elderly, disabled, and/or people with limited income that will allow them to remain in their homes. The time requirement is 6-8 hours on a Saturday in June. Skills needed vary from scraping and painting to carpenter work; there is always something that everyone can do. On the appointed Saturday morning, come for breakfast at New Directions on Liberty Street and then leave for your personally chosen home to begin the biggest transformation you will ever see right before your eyes.

Saint Agnes Refugee Resettlement Ministry was formed in February 2016 in response to Pope Francis’ request to “welcome refugees to your local community in the Year of 18 Mercy”. The Saint Agnes Refugee Resettlement Ministry partners with Kentucky Refugee Ministries, a local non-profit organization that has helped over 10,000 refugees settle in Kentucky in the last 25 years. Together we provide critical resources and support during the first three months of resettlement. This provides an opportunity for the parish to perform works of mercy while experiencing other cultures.

The Ministry is comprised of eight teams, each with one or two coordinators: apartment cleanup, furnishings, supplies, clothing, food, transportation, airport welcome, and social support. The goal is to resettle two families per year.